RPA is in full boom these days, more and more individuals and organizations start adopting RPA in different areas to replace repeatitive tasks by leveraging different automation technologies. Based on this, we are comparing Clicknium to RPA, especially from development perspective, to understand what could be a better option in accomplishing automation tasks in different use scenarios.

Attended robots and unattended robots reflect some typical RPA usage scenarios, so we try to find out the differences, pros & cons when using both types of tools to accomplish same tasks in these scenarios. And from the comparison, RPA editor could be a good option for users without much programming knowledge, and clicknium could be better if the users are professional developers, especially when automating some complex end to end business workflow without people monitoring during task execution.

RPA stands for Robotic Process Automation. It is software which can interact with systems like human, and help to automate repetitive tasks by leveraging various types of automation technologies.

From a broader view, RPA stands for a new typical IT solution to improve people’s efficiency by replacing repetitive tasks with software bots. It is a new mindset and a new way to solve a type of problem. While clicknium is a product for writing automation, we compare clicknium to RPA editor in writing automation workflow.

To get a full view of the complete RPA solution, we illustrates its six stages shown as the below picture. It starts from idea to development, to deploy and long term execution and maintenance. Several roles are involved in the life cycle, while we specifically make a comparison in the development stage as a developer role. 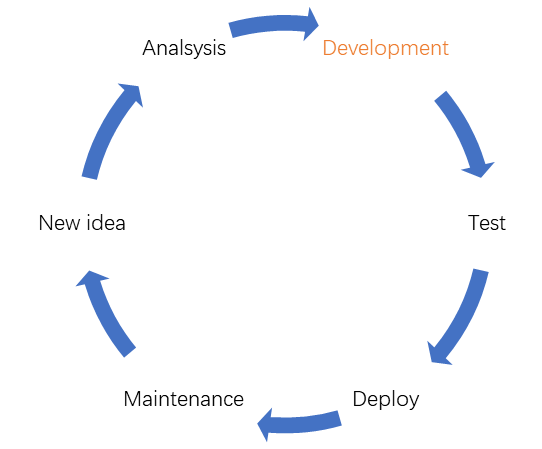 As we mentioned above, there are two typical scenarios from execution perspectives: attended bots and unattended bots. Due to the complexity, different development skills may be required to implement the related automation workflow for developers. Hence, we make a comparison of the tools when they develop workflows in different scenarios.

Attended bots means automation tasks must be triggered by humans, or human intervention is required during the automation execution, such as decision making, logging into a system etc. It could help the business worker save time by reducing some repetitive tasks.

Unattended bots means automation tasks are executed in a predefined manner, the execution is beyond human supervision, like order processing, data scraping, data migration etc. It is running as a digital workforce to replace humans to process some repetitive work.

While RPA is becoming more and more popular, we take RPA as a concept of solving a typical problem in a new way. In comparison with clicknium, we emphasize on the development experience in implementing automation workflow.

From the analysis above, we can see: